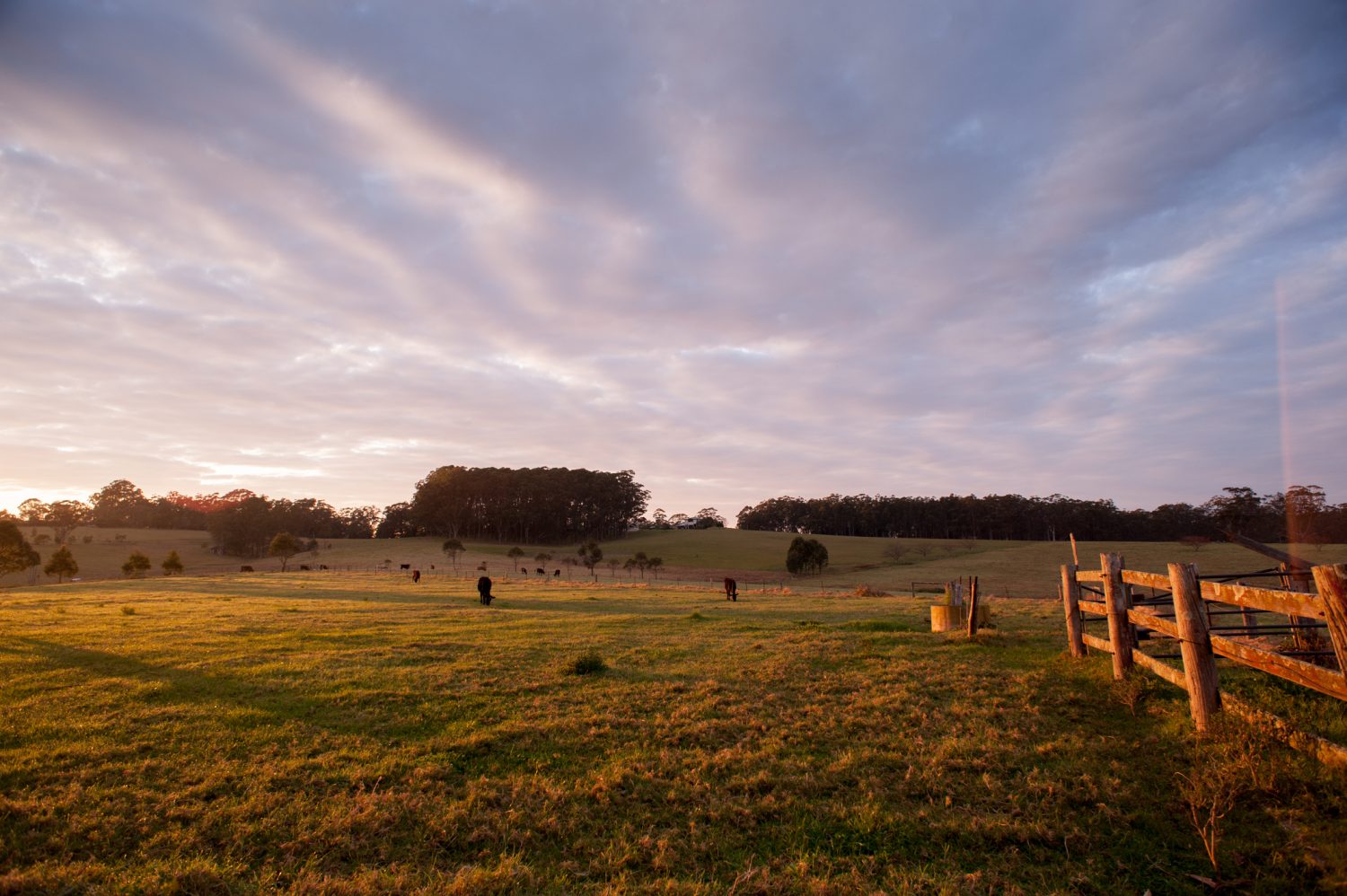 In the heart of Manitoba's 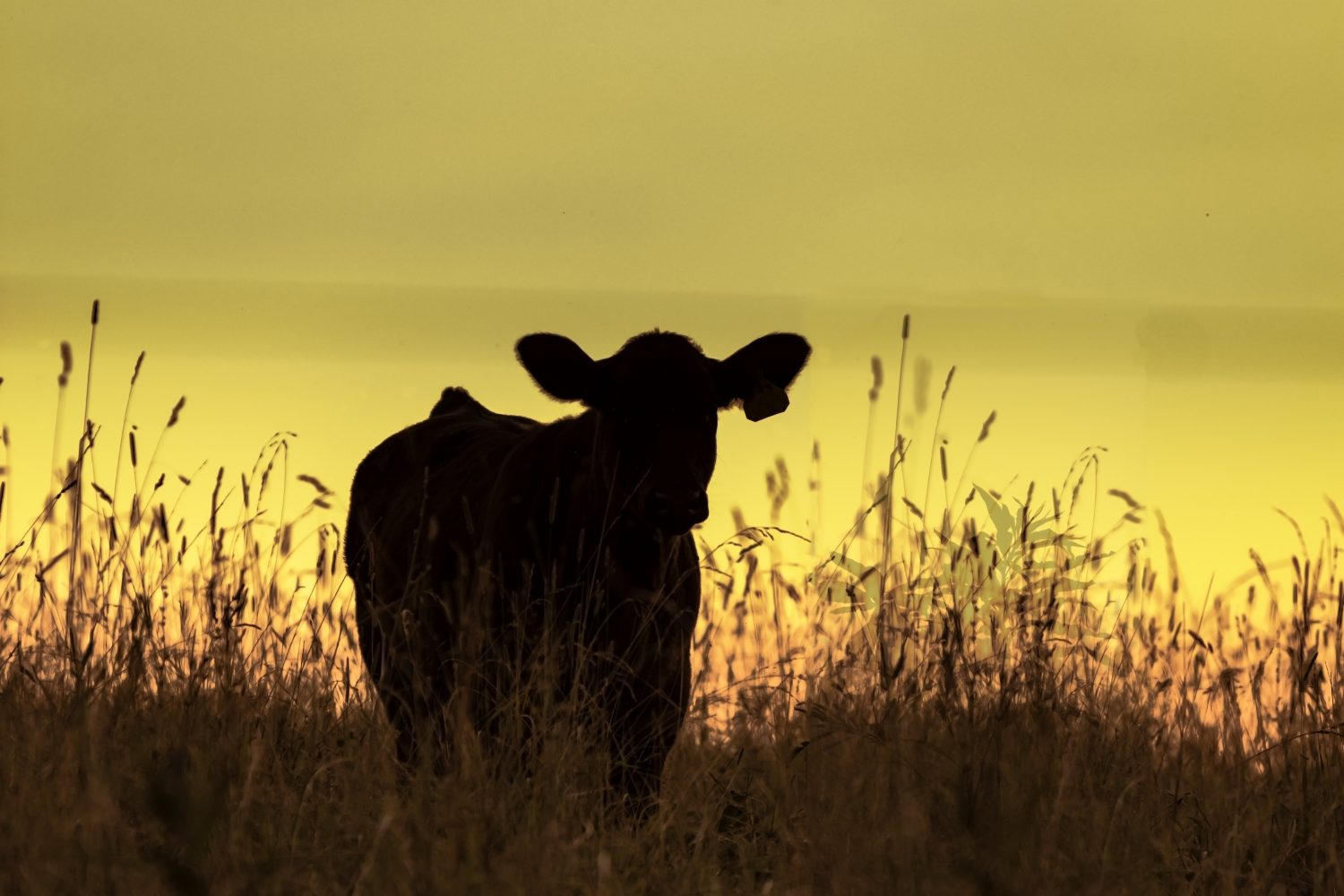 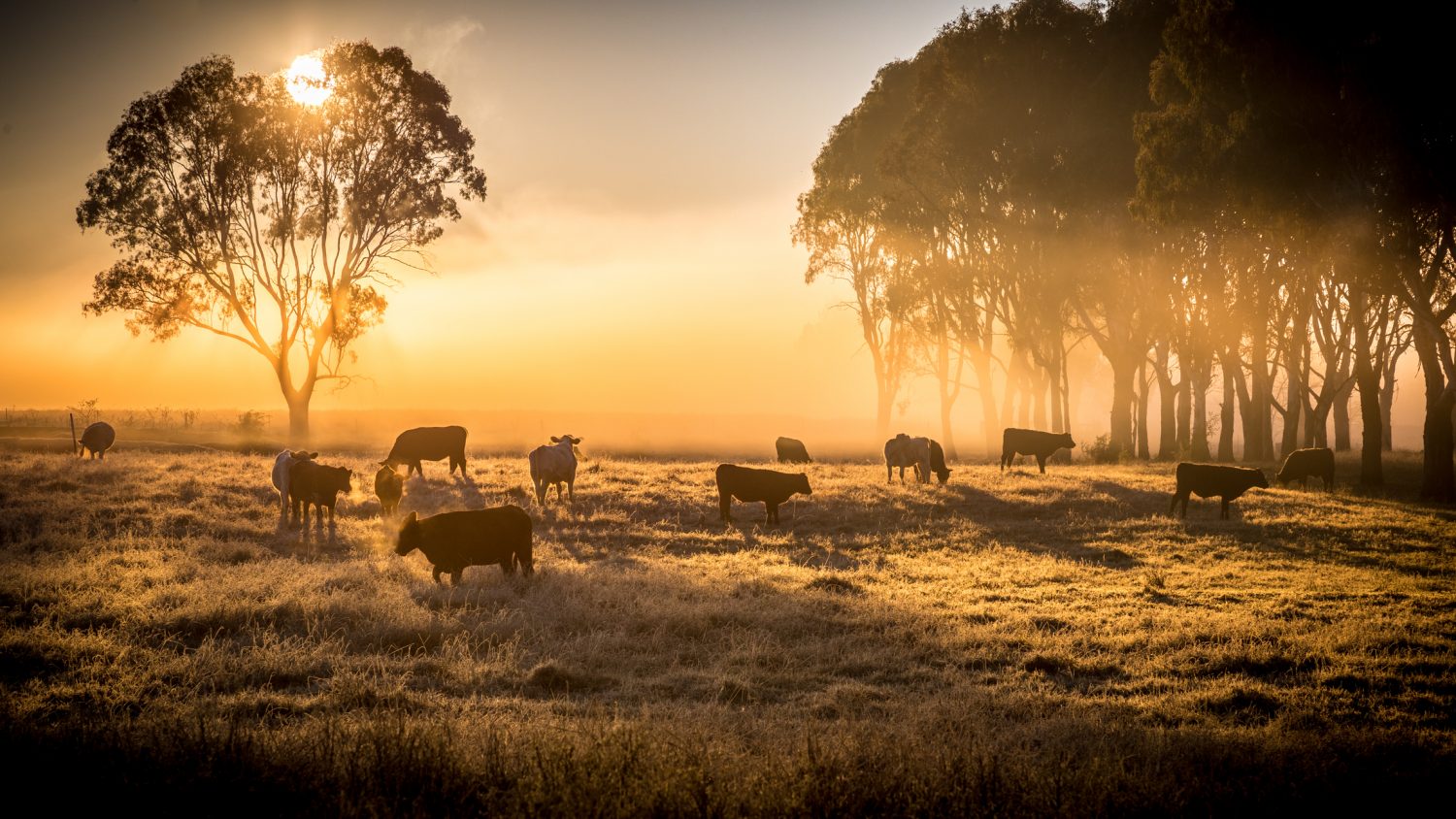 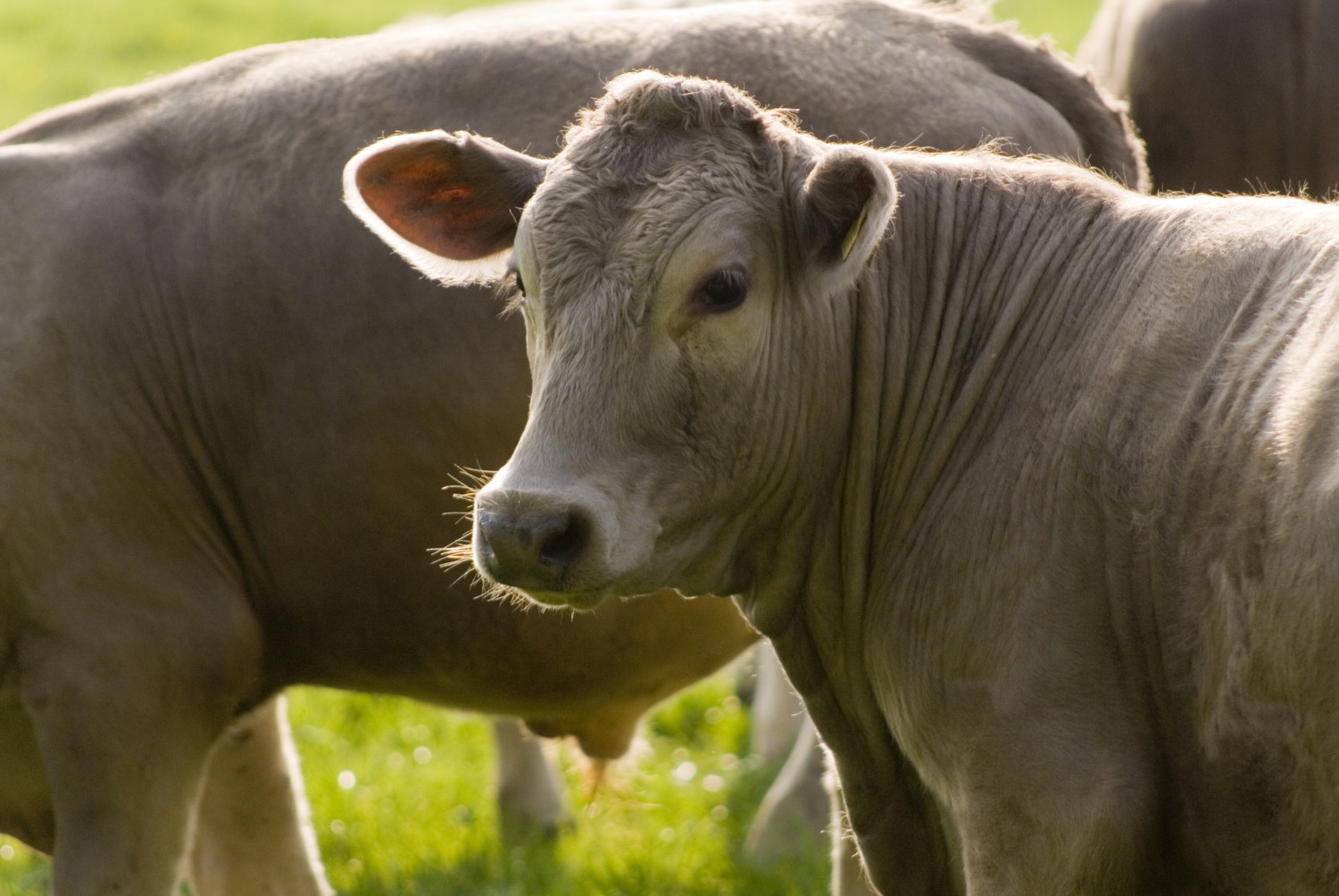 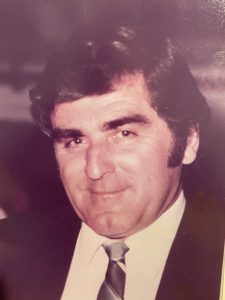 Donald Joseph Masson (Don) of Ste. Rose du Lac, Manitoba passed away on Tuesday, October 6, 2020 at the St. Boniface Hospital in Winnipeg at the age of 84 years.  Don suffered a sudden cardiac arrest on September 24th while attending the cattle sale at Ste. Rose Auction Mart and was rushed to the Ste. Rose Hospital after being revived by his son, Myles, and cattle buyers and staff,  before the ambulance attendees stabilized Don and rushed him to the Ste. Rose Hospital.  Don was later transported that afternoon to the St Boniface Hospital Acute Critical Care Unit in Winnipeg, where he received outstanding care with his eldest son, Brad, at his side until his passing 12 days later after another sudden cardiac arrest and heart failure.  Don’s family would like to pass along a sincere thank-you to all of the first responders and medical health personnel who are very much appreciated for their tireless and urgent care they provide in our communities.

Don was raised on a modest family farm south of Oak Lake, Manitoba where he attended Grande Clairiere Catholic School for grades 1 & 2, then he attended Hesselwood School and finally, St Charles Convent and Roman Catholic Boarding School in Winnipeg.  At the age of 16, Don ventured to Saskatchewan and Alberta to work as a rough neck and derrick man on various oil rigs.  In 1958, he moved to Winnipeg, working at various jobs including gas attendant, ‘tin smith’ labourer with cousin Louis Lafleche (in and near the polo park area), and the Winnipeg Transit Maintenance Department (night shift).

In 1961, Don married Carole Deleau from nearby Deleau, Manitoba and in 1964, they both moved to Swan River after Don accepted and soon afterwards excelled as a salesman with a Manitoba Co-Operative Farm Implement Dealership.  Bradley (Donald) and Jeffery (Myles) were born in Swan River and then in 1966, this family of four moved to Ste Rose du Lac, Manitoba where he started the first Cockshutt Implement Dealership.  Their daughter, Treena, was born a few years later on April 21, 1970.  After a few hard years, he was very fascinated with the cattle industry, so he bought and sold a few cattle, and then worked at the Ste. Rose and District Cattle Coop (SRDCC).  Don knew the potential of this business, as the SRDCC would only have 3 or 4 sales in the fall, so he wanted to have weekly sales further into the year.  Not long after, Don rented the SRDCC following their main sales, and after a few hit/miss sales and the local bank manager that looked at him with “thumbs up” or  “thumbs down”, consistent “thumbs up” prevailed and this followed with Don travelling to Mason City, Iowa, USA in 1975.  Here, he became a trained auctioneer and returned to sell cattle exclusively at his sales.  He also expanded his auctioneering to include farm and household auction sales (many stories of his auction sale days). 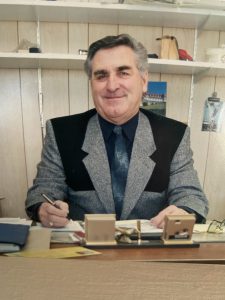 From 1975 to 1977 he continued to rent the SRDCC, but he was starting to establish himself and was refused rental of the SRDCC facility at a certain point, so he decided to build the STE. ROSE AUCTION MART in the summer of 1978 with the first sale in mid September of that year.  As a kid, Myles remembers that the roof was not built yet, and Dad had his first sale.  Joe Montsion of Ste. Rose consigned 29 steers to the sale and as a result, he passed 27 steers and returned home with them unsold.  Don wasn’t sure if he should proceed or shut it down and call this “mistake #2”. 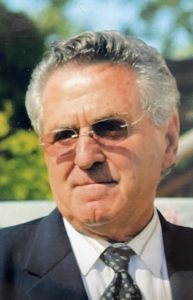 But over the years, he clawed and battled, and received the confidence of one producer, then another…then another… and pretty soon he had generated adequate cattle volumes for weekly sales.  Following a rise in the cattle numbers came constant expansion in the pens in the back, which became a normal task year after year, for over 25 years.  To this day, the auction mart still shuts down in the summer time to complete construction, repairs, and renovations, etc. – all to make Ste Rose Auction Mart a progressive, safe, and entrusted auction mart for producers and employees.  Although through the years, there has been highs and lows, the Ste Rose Auction Mart has earned a strong reputation in the cattle industry for providing one of the best cattle to feedlots all across Manitoba, eastern Canada including Quebec and Ontario, western Canada including Saskatchewan and Alberta, and various states in the USA.  Don was one of the first order buyers from this area to ship cattle to Quebec on a weekly basis, as he had strong interpersonal skills and communication skills in the industry, including being fluent in French.

At the age of 72, Don sold the auction mart to his son Myles in 2008, and Myles has since continued operating the auction market the way Don worked so hard to establish.  In his retirement years (didn’t like very much) he moved into Trois Villas, in Ste. Rose, and lived there until his passing.  Don would come to the auction mart on a weekly basis to watch the cattle sale, visit the staff, and do what he loved the most … talk to customers.  Don was a determined and successful businessman who connected well in the community and with customers in the cattle industry.  He received his pilot’s license in the late 1980s and enjoyed flying his Cessna airplane and later a kit plane called a Glassair R2G . Don also enjoyed horses and initially owned a quarter horse called Big Red (similar to the short name for Secretariat) that he kept on his farm.  He always talked about “Northern Dancer” (the first Canadian Thoroughbred horse to win the Kentucky Derby who had a distinguished sire legacy) and Don eventually owned 5 race horses at Assiniboia Downs, including his favorite “Benelli” that made it to the Manitoba Derby Final on August 3rd, 1998.”. He also truly enjoyed family gatherings, cooking, traveling in the motorhome and enjoying a great steak were all things Don looked forward to most (big or small) as he absolutely loved doing this.

Due to the current Covid-19 pandemic, Don had a quiet viewing at the Ste Rose Chapel on Oct 10th from 11 – 2pm.  Shortly thereafter, the motorcade procession traveled to the Auction Mart for one final drive around the business he created and grew so passionately.  Finally, the motorcade crossed into the Ste Rose Cemetery, where he was laid to rest at approximately 2:30pm.  We would like to pass along a warm thank-you for all of the condolences towards our family from Don’s extended family, the communities we live in, as well as his customers and colleagues across the cattle industry.  This means a lot and again, thank-you very much from all of us.